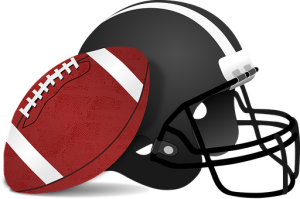 Coach Steven Bynum, 46, of Waynesboro, MS passed from this life Thursday, September 23, 2021 at South Central Regional Medical Center. He was born in Laurel on Friday, October 18, 1974 to Glen Bynum and Dale Bynum. He was a graduate of Wayne Academy. After graduation he attended Jones County Junior College where he earned his associate degree before transferring to the University of Southern Mississippi where he received a bachelor's degree in education. He then went on to continue his education and received his master's degree at Delta State University. Coach Bynum was hired at North Sunflower Academy where he met the love of his life, Stephanie, in 2001 and later proposed to her at a basketball game. During his career he worked four years at Wayne Academy, two years at South Jones High School, eight years at Quitman High School, two years at Petal High School, and was most recently the Athletic Director/Head Football Coach at Mize Attendance Center. Coach Bynum had a great love not only for sports, but he also loved all his players. He enjoyed hunting, all sports, and spending time with his family. Coach Bynum is survived by his loving wife of 18 years, Stephanie Bynum; father, Glen Bynum; mother, Dale Bynum; son, Cooper Bynum; daughter, Blakely Bynum; sister, Angie Bynum, all of Waynesboro, MS. Visitation for Coach Bynum will be held from 5:00 PM to 8:00 PM, Sunday, September 26, 2021 at South Jones High School, 313 Anderson Street, Ellisville, MS. A Private Graveside Service for Coach Bynum will be held for his immediate family only. In lieu of flowers donations may be made to Blair E. Batson Children’s Hospital.

To send flowers to the family or plant a tree in memory of Coach Steven Bynum, please visit our floral store.